Here is what happened when I asked a team of actors with intellectual disabilities to come up with a short play on the jolly topic of death, dying and bereavement.

“You see,” I explained to Louise who helps the actors develop their performances, “we have a big conference coming up. We are celebrating 20 years of the Palliative Care for People with Learning Disabilities Network, and we really want people with intellectual disabilities to have their voices heard. It shouldn’t just be the professionals talking. Please come and join us. Any kind of performance would do. Could we commission a twenty minute play?”

Louise said yes. Great idea. What a wonderful topic to explore with the Baked Bean Theatre Company, who excel in taking performances into healthcare settings and have not been afraid to tackle difficult topics. With the conference a good six months away, she was confident that they would be able to come up with something.

Programmes were publicised. The promised Baked Bean performance would certainly get bums on seats.

But with the conference date fast approaching and all seats sold, Louise dropped her bombshell.

This was putting it mildly.

But all was not lost. Instead, the group agreed to produce a video explaining why it was so difficult for them to talk about death and dying.

So on the day of the conference (13th June 2018, London) there was Louise, presenting Baked Bean’s A short film about death and dying to a large and captive audience of doctors, nurses, social workers, home managers, support workers and lots of others involved in supporting people with intellectual disabilities at the end of life. Plus a handful of people with intellectual disabilities who did come. 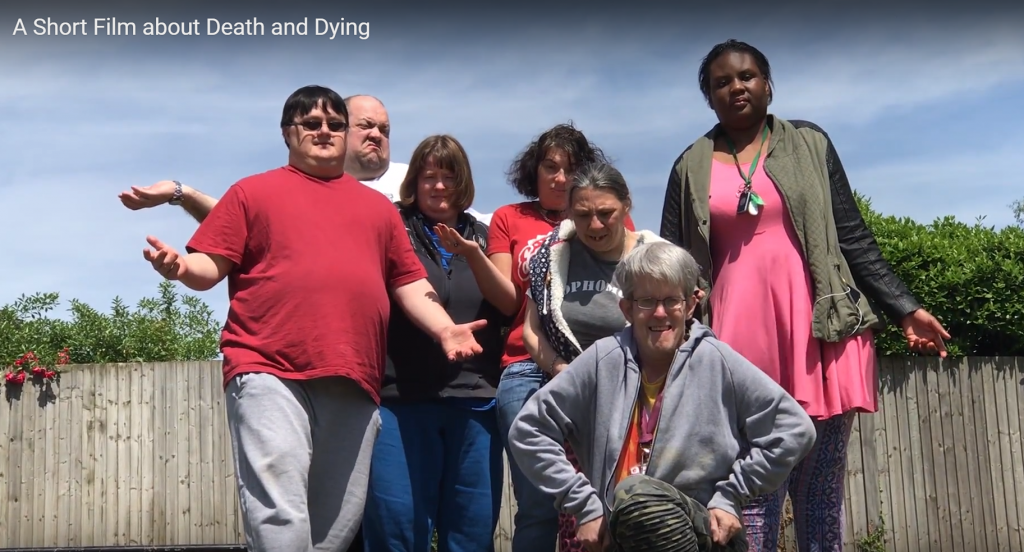 When asked what they think about the topic of death, Mandy is most unambiguous in explaining their absence.

“NO!! I don’t like it!” she shouts, flourishing this statement with a few expressions that a dignified academic like me probably shouldn’t repeat in her blog.

We all understood that this group of actors felt too vulnerable to address the issue of death and dying on stage. It would be useful, though, to know what they think would help to cope with death and loss, so I’m glad they were able to talk about this on camera.

“Because there may be other people there who are in the same boat as them.”

Ramatu says, “People can be in your face. It makes you a little bit frustrated when there’s people hanging around you, and you just want to be alone.” She explains that it’s better to speak to someone that you really know, and not just to anybody. Someone who will listen to her and make her feel better about heryself.

“Then you are around people that love you and care for you.”

“Some people are referred to psychiatry,” says Gary. “But at the end of the day they are just paid to dig deep and find out more about your life. And if they are a total stranger, you don’t want to open up to another total stranger.”

In fact, Gary has quite a lot to say. He was my co-researcher for many years, so perhaps he is better prepared than his peers to articulate his thoughts on the topic of death and loss.

“A lot of people with disabilities don’t see their family regularly. So they have to rely on people coming in to see them. Which is kind of hard,” he adds thoughtfully, “if they’re changing all the time. Because you get to know one lot of carers, or support staff as some people call them. And times move on in that person’s life, or something’s happened, and they’ve had to leave and are replaced by someone new. Which upsets the apple cart a bit. So the person with a disability is unsure, they’ve got to go back to basics and start all over again…If I had more regular staff, I’d find it easier to sit that person down and talk to them.”

John sums it all up.

“In conclusion: We like to talk to people we know and can trust.” 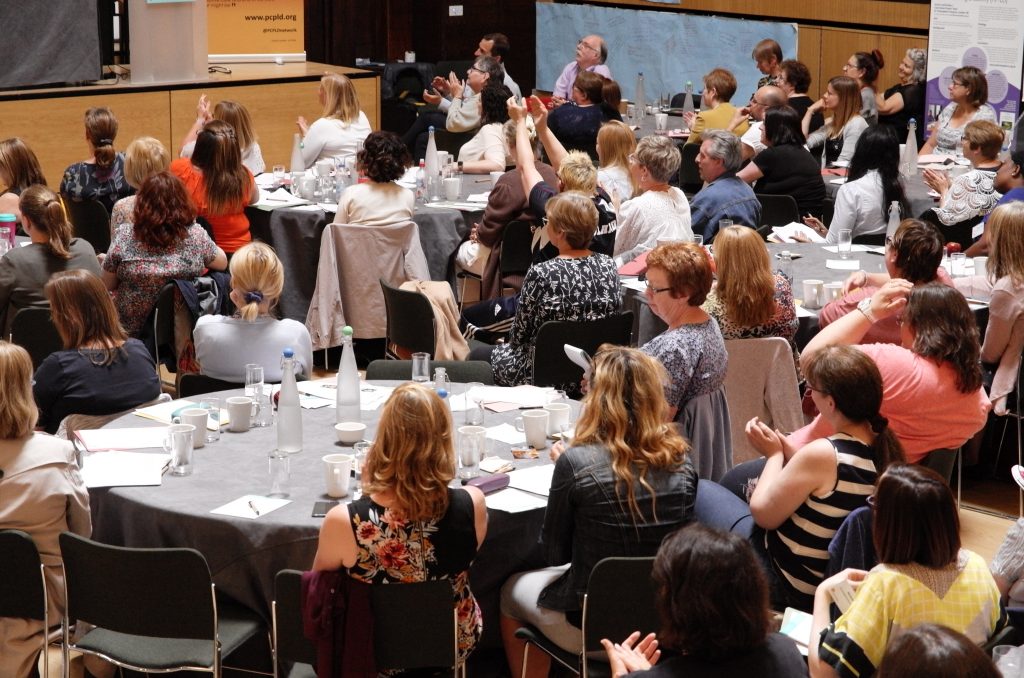 The audience was gripped.

The feedback was unequivocal, with a 10 out of 10 from almost everyone. Fantastic! Brilliant! Powerful! Insightful!

“Loved that they were heard saying ‘it’s too hard’, how this was shown with humour, but could see their pain and diverse thoughts,” one delegate wrote on the feedback form.

Another commented: “I learnt of the vulnerability of people with learning disabilities and how hard it might be to find someone to help with dying or bereavement.”

So did I. When you have my kind of job, it’s easy to forget that not everyone talks about death and funerals over dinner, as we do in my house. I often talk with people with intellectual disabilities about dying, so it’s good to be reminded how very difficult this can be.

A lot of people said they would love to use the film for teaching. So I asked Baked Bean Theatre Company whether they could put it on YouTube. They did. Here is the link.

One thought on “Death and dying? “We like to talk to people we know and can trust””